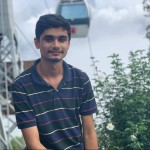 According to the hub, the branch has been expanded with the aim of providing educational counseling to students from Butwal, which is the biggest educational hub after Kathmandu and the biggest city in western Nepal. Students will get more information about universities, colleges and educational institutions.

By organizing a three-day program in the presence of students, parents, various people from the educational sector, the branch will be inaugurated from today. According to the Hub, on the 15th, the charity will donate blood and provide support to various social organizations in Butwal, and on the 16th of October, there will be an education fair and finally a musical performance. More than 20 colleges and universities from different countries will participate in the Education Fair.

HUB is an organization that has been working on overseas studies for a long time. Established in 2006, this organization has provided counseling to thousands of students and has succeeded in working directly with more than 200 universities. He has succeeded in establishing himself as a distinguished and advocate in the society.

No comments to show.